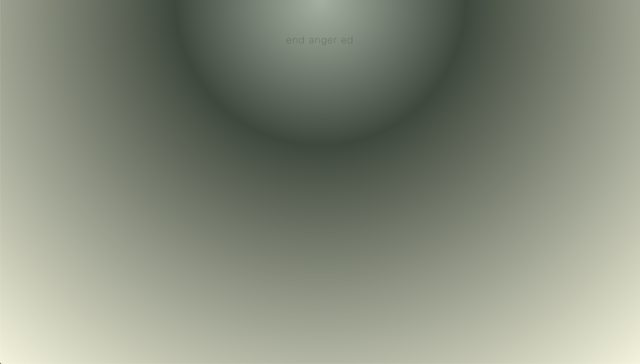 Endangered - An Interactive Map of Endangered Species in the U.S. 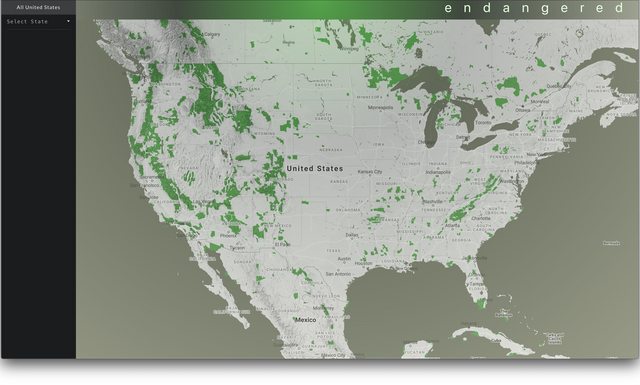 Next, I use Google’s [Maps API] to do a few things:

Then I use [Wikipedia’s API] to pull an image and a description of the species to display.

Using both Enigma and Google Maps requires signing up for an account and using an assigned key. It’s all free, but it adds friction to the process. I created a .env file and stored the keys in there. If you do the same, be sure to add .env to your .gitignore file so it won’t end up publically available on github.

Before you jump in make sure you have the latest Ruby, Rails, and Bundler installed. Bundler just updated to Bundler 2. Make sure you are current with a quick:

All Set? Okay. Here’s what we’re going to do…

B. Containers and Components

Rails 5 lets us set up a new Rails project for use just as an api. We are going to tweak things a little bit more by using postgresql as our database as well as making some room for use of rspec instead of the Rails default TestUnit.

So, in our terminal we type:

Now switch into the project directory with cd my-project. Get postgresql up and running on your computer and make sure the Rails server has no issues.

If you get the NoDatabaseError it just means rails hasn’t yet built the database. Try running rails db:create and then try running the server again.

Now we are going to make a new React project inside the Rails project!!! 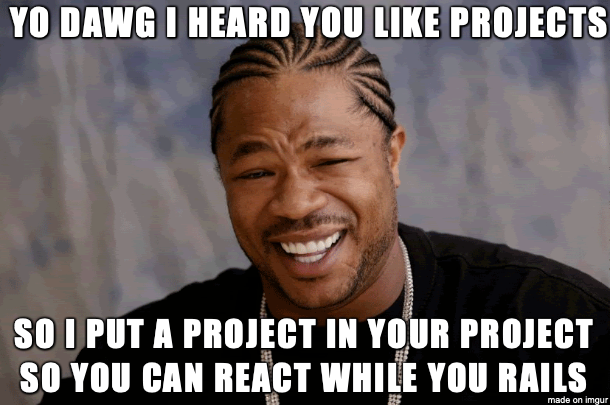 It’s pretty easy to use create-react-app. A global install of create-react-app is now not the way to go. You can find a more detailed how-to here, but if you haven’t previously installed create-react-app globally then the simple instructions are to run the following in your terminal:

Now if you open https://localhost:3000 you will see the React logo and you’ll be looking at a working React app!

Also, right now both servers are running–Rails on port 3001 and React on port 3000

We have to set up the React project to reach out to the rails backend when it makes api calls.

Open up the package.json file located in the /client folder and add:

*If you want to see what your package.json folder will look like with this and all other dependencies, see this

One Command to Start Them All - Procfile & Heroku

Now the React app will use port 3001 for all api calls, but getting everything up and running is going to be a pain if we have to start everything seperately. We can take care of this! Here is how you fire everything up using one command:

First, touch Procfile.dev in the root folder of the Rails project. Then, inside of it add this:

We are going to use the heroku CLI to manage the procfile. If you use homebrew then that’s easiest. brew install heroku and you are set. Once you have the heroku CLI installed, test it out by running:

That gets it up and running with one command, but that command is a drag to type everytime. Instead, touch ./lib/tasks/start.rake and open it up. Inside you will need to put the following:

Now, when you are in the root directory of the Rails project you can simply run rake start and your app will be up and running.

You can take it from here and build your own app! However, I’m going to walk through what I did when I used the APIs from Google Maps, Wikipedia, and Enigma along with how I folded in Redux, semantic-ui-react, google-maps-react and so much more…

So, I will have models for:

I can generate these using scaffold in Rails.

SpeciesLocation is a special case since it’s just for using with our has_many :through relationship. We can strip it down even further and use:

Faraday makes GET and POST calls to an api a lot easier to handle than without. But first add this to the Gemfile:

After using Faraday to get the data from Enigma/Google Maps/Wikipedia, I manipulate the data before sending it back to the Front-End. This includes:

Every time I use axios in React to make an api call I specify the url. This url matches a declared route in my Rails app which then sends it to the appropriate controller and function within that controller. Here’s my config/routes.rb file:

React is a JavaScript front-end library that lets you easily make single-page applications with an eye towards modularity and reuse of code.

I’m adding react and it’s many many dependencies using yarn.

I’m assuming you have some familiarity with the concepts and have a basic understanding of react and redux. If not, check out the getting started guides for each.

All of these can be added from the root of the Rails project using yarn --cwd client add name. Beyond adding react and redux I’m adding:

After all of that my package.json file looks like this: 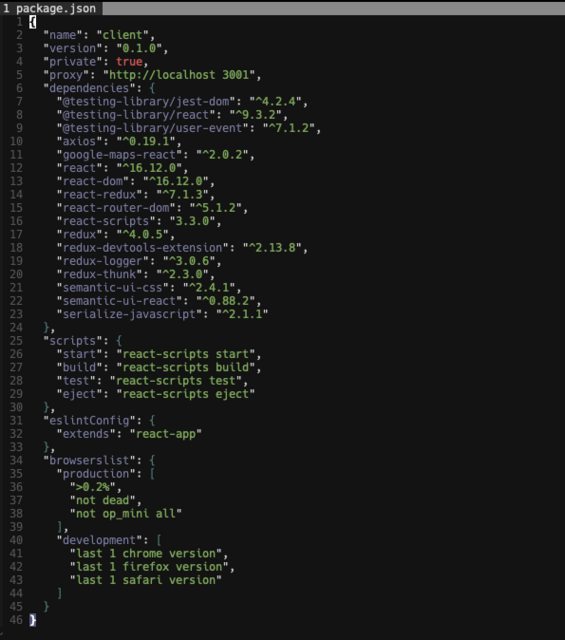 In my project I will want a folder structure that helps me keep track of all the kinds of components I’ll be dealing with. I’m using a definition of “if it has a state, it’s a container”. So, I made these folders to keep track of containers vs components, the store (a redux-related folder), css, and resources (.jpegs and the like):

Also, I will use a few Google fonts so add a link to that library. Open client/public/index.html and add <link href="https://fonts.googleapis.com/icon?family=Material+Icons" rel="stylesheet"> between the <head></head> tags.

When a user first hits the homepage, I want to query the Enigma database and build it. So, I want the user to have something to look at but also keep the user from using anything that’s not ready yet. So, I use componentDidMount to dispatch a call to the store to get all the data from Enigma, parse it, create records in the database, and serve up some of the data back to the app, which it will use to set the application state.

It is entirely possible for me to wire this app up without Redux, but there is a not negligible reason for using it and it’s good to get the practice. Yee.

[Redux] lets multiple components access the same state. It simplifies things tremendously if you have a large application with many, many components that need to display and/or modify state. With Redux, state isn’t kept within the component so it’s not actually modified by the component (i.e. we rarely if ever call setState within a component).

But if we don’t call setState, how do we set the state?!?!

Redux maintains a “Store” which contains the application-level state. We dispatch actions which calls a reducer function which returns a fresh copy of the state with any changes the action caused. If we want to display the state within our component, we subscribe to the store’s state. This keeps our component current, as any update to that state will update the component.

Sound a little complicated? It is at first. But once it clicks it’s pretty clear. Here’s how it’s done:

V. Deploying to Heroku - uh, not yet